It was a young child’s voice I heard:

‘But we need to get to Radley Lakes. Come on!’

I’d say the voice belonged to a five-year-old. And the words were addressed to, at a guess, his grandparents. I only heard them because I’d stopped to look at a wood pigeon standing sentry on a thin pole in the Longmead pond. For those not in the know, Longmead is at the Abingdon end of Radley Lakes, just beside the cycle track. So, technically at least, the trio were already at Radley Lakes.

As they headed away from me along what was once a railway track, I just caught the boy saying ‘we might see a kingfisher…’.

I have no idea whether they did see a kingfisher on Thrupp or Bullfield Lakes, the main bodies of water in the Radley Lakes site. I hope they did, but that’s not really the point here. What this chance overhearing of a snatch of conversation reminded me about was the need to allow childlike excitement into my appreciation of nature’s sights and sounds.

Carrying on towards Abingdon on what was a rare overcast afternoon in this sweltering summer, the grey of the day was offset by a sprinkling of pinks, yellows and purples. The flowers were tiny dots in the meadow – willowherbs, hawkbit and meadow crane’s bill among others, but it was a thrill to see and identify these colourful elements of precious acres on our doorstep. Yes, it was exciting, in a childlike way. 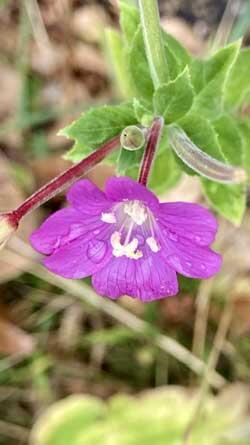 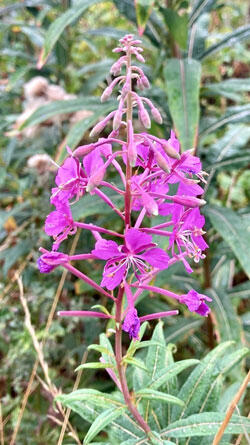 Back to news overview