Almost all of the Radley Lakes area is designated as a Local Wildlife Site and as a Conservation Target Area.  The diversity of habitats has made it home to a rich and diverse profusion of wildlife.

The wildlife of Thrupp Lake is well known, but the rarer species are to be found in surprising places, including the ash-filled pits and areas of wet woodland and marsh. Much is interdependent: not just between lakes, habitats and species, but between species, and between one area and others nearby.

The current richness of the wildlife is to a large extent the chance result of past gravel activity and natural ‘rewilding’. But there has also been managed restoration and conservation, most effective where it is not visible. This will remain important, as will the avoidance of intrusion in the more sensitive areas.

The Lakes area is home to 300 plant species. 15 are listed on the Oxfordshire Rare Plants Register and 8 are ‘Red Listed’ nationally.

217 of the species are found on the former gravel pits that were filled with pulverised fuel ash.  The ash soil has high alkalinity, which favours plants previously unknown to the area. Marsh Orchids and Marsh Helleborine are notable additions. Other scarce plants include Round-fruited Rush, Annual Beard Grass and Lesser Centaury.  In the late Spring there is a spectacular display of orchids where glades have been cut through the scrub. 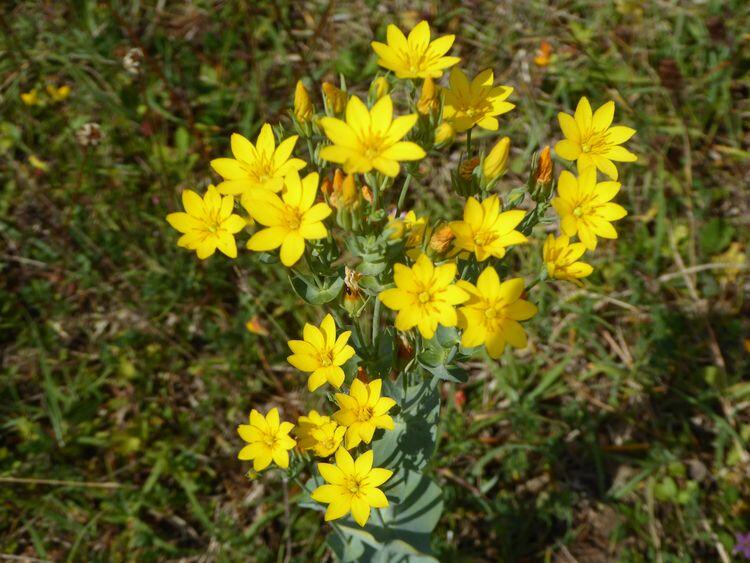 In areas of wet woodland Water Violets can be found, especially when trees are felled to let in more light and Loddon Lilies are beginning to establish. 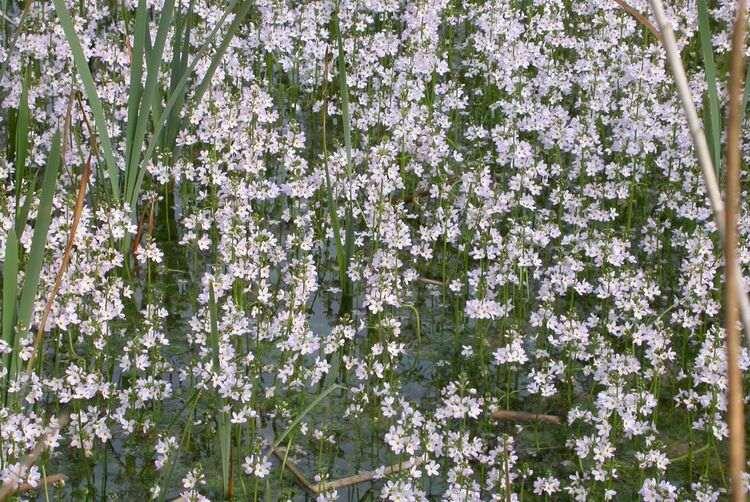 Water Violets in the Lakes area south of Orchard Lake

On the unimproved grassland of Barton Fields floristic diversity has been enhanced by recent plantings. There are areas of wildflower meadow including Yellow Rattle and Marsh Orchids; of floodplain meadow, including Snakes Head Fritillaries; and of cornfield annuals, easily seen from the cycle track alongside. 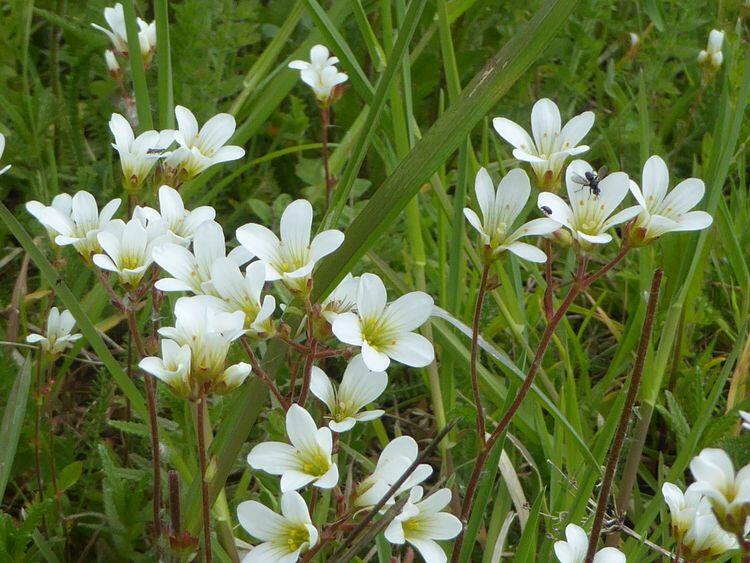 120 species of birds have been recorded in the Lakes area, including 82 breeding species. Among them are Lapwing and Skylark, both Red List species of conservation concern. Amber listed species include Willow Warbler and Reed Bunting. Kingfishers, until recently amber listed, are also to be seen. Recent rare visitors have included Bittern, Ring-necked Duck and Glossy Ibis. 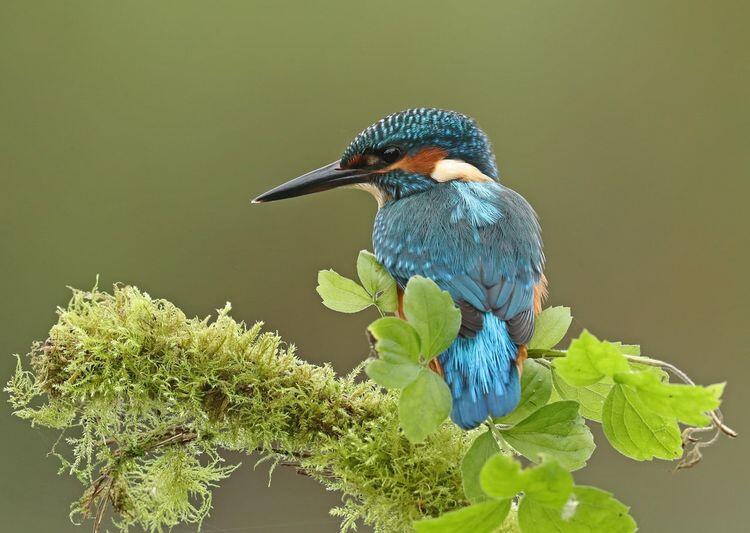 The open lakes attract a range of water fowl, including Cormorant, Great Crested Grebe and Little Grebe, and several varieties of duck including wintering Gadwall, Teal and Shoveler.  Common Tern nest on the islands on Thrupp Lake.

The ash-filled pits are lined with clay and have a high water table, creating marsh which attracts wintering Snipe. Lapwing nest in the grassland, as do Reed Warbler and Reed Bunting in the surrounding reed beds. The drier land has been colonised by Willow and Birch scrub, providing excellent habitat for Willow Warbler and Garden Warbler. 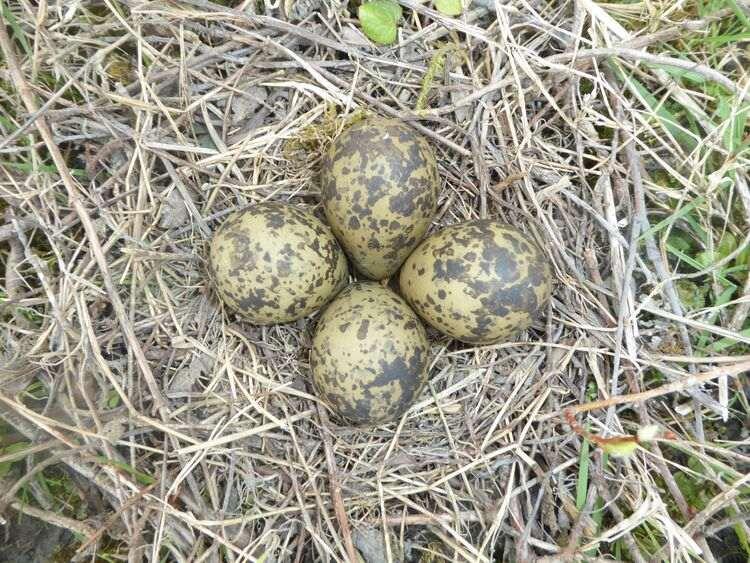 A wide variety of mammals are resident to the Lakes area.

Deer found in the area include Roe Deer and Muntjac.

Otters have been widely recorded in the Thames and throughout the Lakes area; indeed a fence has been erected around Bullfield Lake to protect the fishery.  A large proportion of their diet is Signal Crayfish which are abundant in the river.

Badgers forage throughout the site and often dig out wasp nests for the larvae. Stoats are seen occasionally.

Smaller mammals include Harvest Mouse, who weave incredible nests the size of tennis balls and favour fen areas.  Wood Mouse, Field Vole and Common Shrew are common and are found frequently under the reptile mats in Barton Fields.  Water Shrew can be seen in the streams occasionally, but unfortunately, Water Vole, one of the symbols of the Save the Radley Lakes campaign, have not recently been recorded. 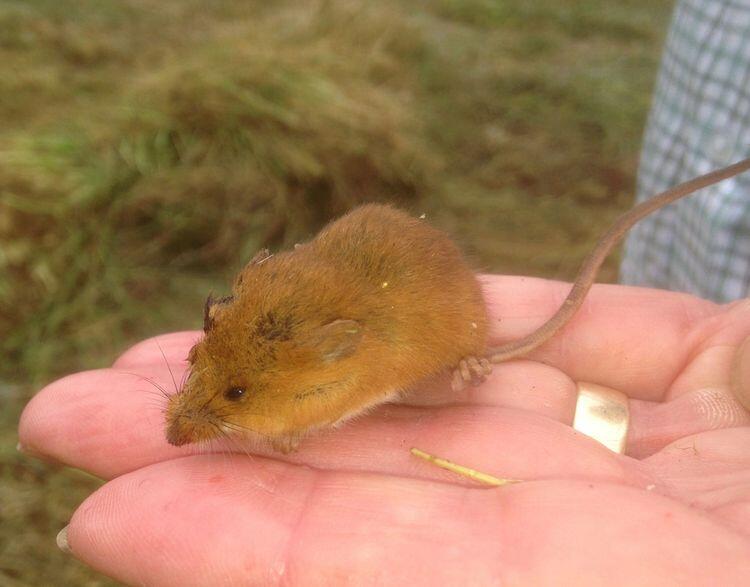 A wide range of bats (Common Pipistrelle, Soprano Pipistrelle, Noctule, Brown Long-Eared) forage mainly over woodland edges and the lake margins. Daubenton’s Bats forage very close to the water surface over the lakes and the river. Bat boxes have been placed in trees bordering Thrupp Lake and in Barton Fields as summer roosts.

Grass Snakes are common in the Lakes area, emerging from hibernation from April onwards. They hunt amphibians and small rodents. They favour rough grassland near water, a habitat provided in Barton Fields where they frequently warm themselves under reptile mats in the morning, before venturing out to forage.  The females lay their eggs in decomposing piles of hay, stacked after mowing.  Grass snakes are also to be seen basking on the former hard tennis court by Thrupp Lake. 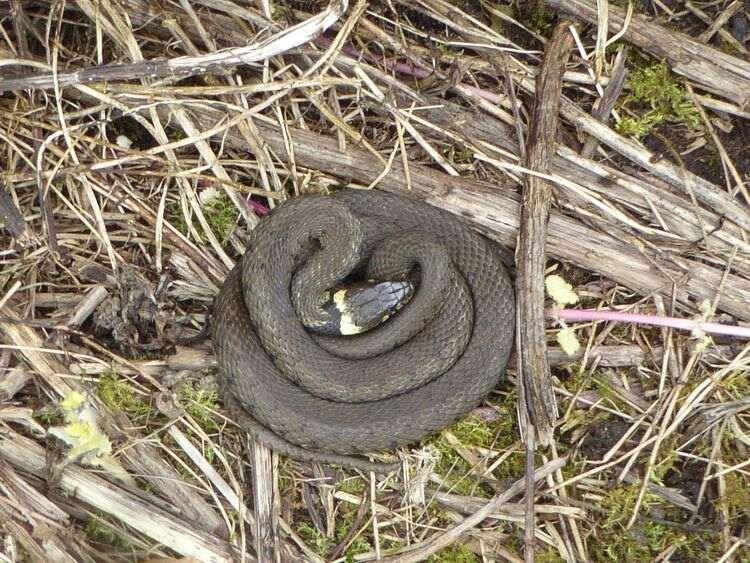 Slow Worms are in fact legless lizards and were introduced into Barton Fields in 2018 and 2019. The introduction has been successful as young have since been found sheltering under the reptile mats. They prefer the dry grassland areas.

The numerous ponds in the Lakes area, and also the shallow sloping margins of Orchard Lake, provide an ideal habitat for amphibians. They too hibernate over the winter period and normally can be seen from March onwards.

Frogs and newts are common in the area breeding mainly in ponds which are free of fish. Toads breed in Orchard and Longmead Lakes where they congregate in large numbers in early spring. Great Crested Newts, a European protected species, are widely dispersed across the Lakes area, favouring shallow ponds that are free of fish. 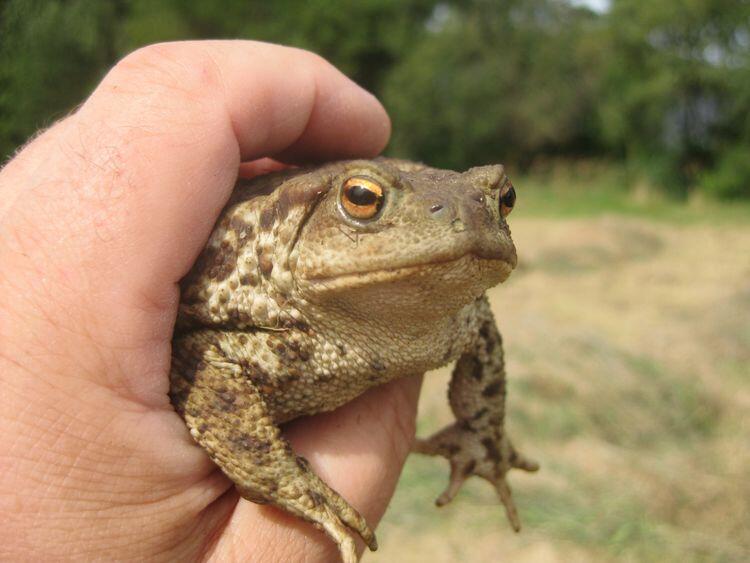 25 species have been recorded in the Lakes area, including 62% of the English list of breeding species, making the Lakes perhaps the leading site for dragonflies and damselflies in Oxfordshire. They can be seen rising from the lakes and ponds from about May onwards. The boardwalk at the back of Thrupp Lake is a good spot to observe them.

The Clubtail Dragonfly, a near-threatened species, breeds in the Thames and is to be found in the Lakes area nearby. The Variable Damselfly, another ‘near-threatened’ species, has been found in Bruney Lagoon close to the Thames. A Willow Emerald Damselfly, a rare species which is spreading across the UK, was spotted for the first time in the Lakes area in 2020.  Two rare migrants recorded at Thrupp Lake are the Red-veined Darter and the Lesser Emperor. 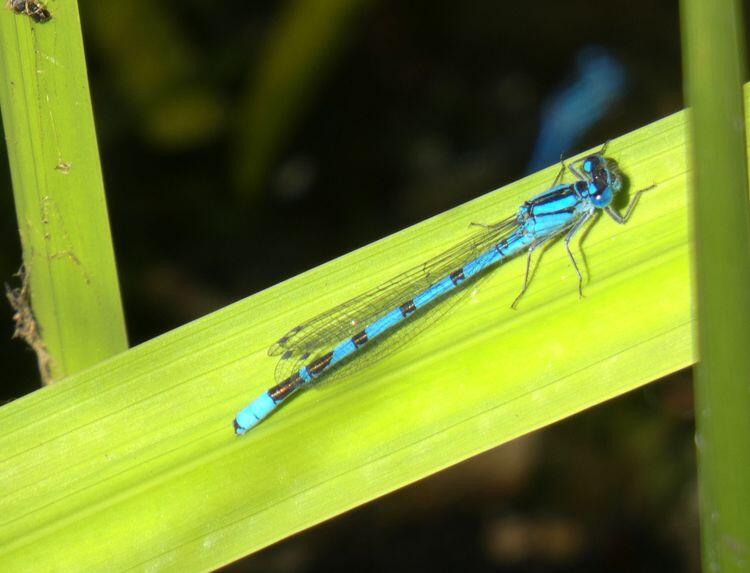 About 700 species of moth and 27 species of butterfly have been recorded in the Lakes area, respectively 28% and 46% of the total UK list. 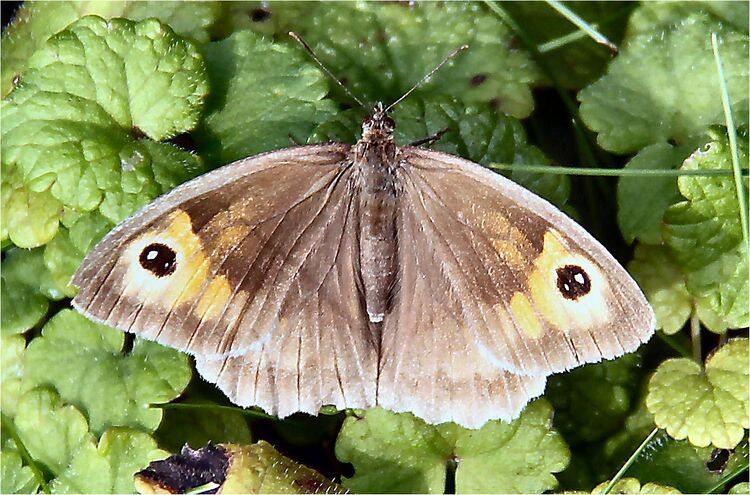 Two recently observed species of butterfly are the Dark Green Fritillary and the Purple Emperor.  The latter is notoriously elusive, but has been observed in two successive years, so it may have colonised the wooded areas around Thrupp and Bullfield Lakes.

The Lakes area was surveyed by the Hymenopter recorder for Oxfordshire in 2006 and 2018.  158 species have been recorded in the area, comprising about 27% of the UK list, and some of them rare and vulnerable. They particularly favour the ash-filled gravel pits. 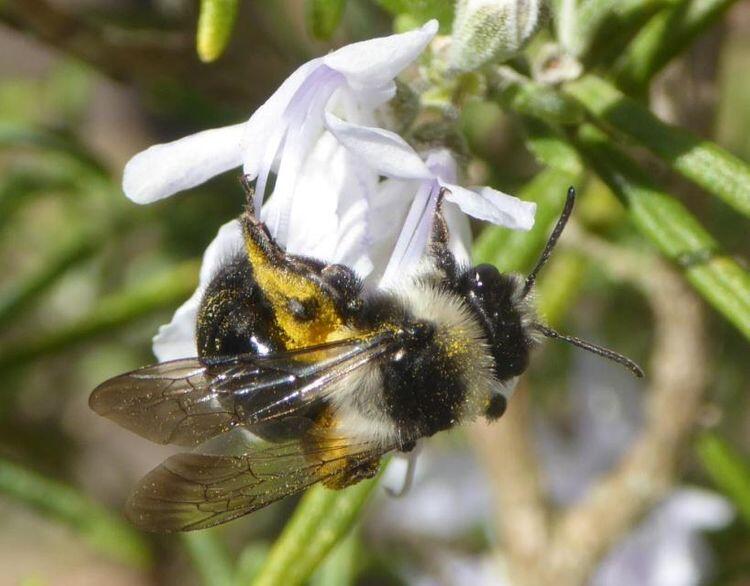 For a map of the Lakes area, including its habitat types view here.

For more about the landscape and habitats of the Lakes click here.

For other reports on the ecology of the Lakes area (by Friends of Radley Lakes) click here.